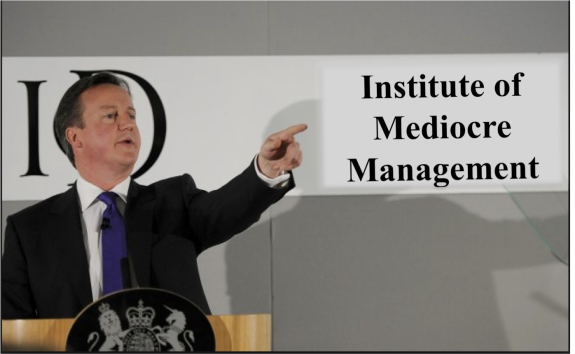 David Cameron is going to tell his National Security Council this as he announces plans to crack down on workers (colleagues, staff etc).

According to a briefing, Cameron is expected to say:

For too long, we have been a passively tolerant society, saying to our citizens: as long as you obey the law, we  will leave you alone. It’s often meant we have stood neutral between different values. And that’s helped foster a narrative of extremism and grievance. This Government will conclusively turn the page on this failed approach.

He will say Thought Leaders believe in “certain values”, adding: “To belong to a Company is to believe in these things. And it means confronting head-on the poisonous socialist extremist ideology. Whether they are violent in their means or not, we must make it impossible for the Unions to succeed.”

It’s expected Cameron will introduce a counter-workers bill in his Queen’s Speech later in May. Planned measures include introducing new orders to ban staff councils and restrict people who seek to radicalise apprentices and interns via inductions and ‘showing them around’.

The new package is expected to include:

The introduction of banning orders for organisations who stand up for workers rights in public places, but whose activities fall short of proscription.

Powers to close staff restaurants and sports clubs where left leaning staff may seek to influence others;

Strengthening the powers of the Charity Commission to root out charities who misappropriate funds towards the poor, sick and other malingerers;

Further immigration restrictions on extremists i.e people who can’t buy a house for at least a £1million;

A strengthened role for Ofcom to take action against channels which broadcast extremist content such as HIGNFY.