It was with great sadness that a telex has reached me this morning to say that Duncan Bowen had died. Duncan was an artiste of the very highest calibre and a close personal friend. 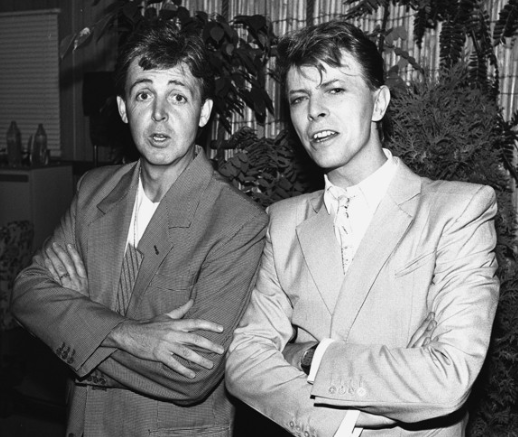 Duncan on the left with fellow Beetle Ringo Stardust

Mr Bowen was best known as a musician, playing both the xylophone and the euphonium but it was his deep booming bass voice that I will remember him best for. His vocal on his most famous hit, Major Tommy, laced with a melliflouos, chocolate flavoured, husky intonation invariably makes me weep.

He was born in Brighton in 1934, the son of a toad sexer and a wet nurse and was a precocious child, belting out his own lyrics during his primary school Nativity play. Hark the Hairy Angels Smell was possibly his first ever penned song.

Being invariably cast as the rear end of third donkey probably helped kick start his love of dressing up and his famous holistic sexuality. One will not go further than that as this is a family blog but it was no different to what we thought leaders experienced at boarding school when we were chaste young boys.

Bowen’s first chart topping LP was ‘The Wheels on the Bus’ a curiously cryptic concept album about the life and times of a public transportation vehicle. I usually better understood the lyrics after one of Griselda’s long herby cigarettes.

Bowen then changed from his light popular music persona, The Man from Uncle, to a much spacier character, Zombie Bombie. Zombie produced the seminal work Zombie Bombie’s Lonely Hearts Club Band with his then unknown backing band the Beetles

Bombie was also to last just one album and he sailed through the next decades continually re-inventing himself musically and as an artistic artiste in the art world.

I met the man after I had sold the world in 1983 to a hedge fund manager friend of mine. When I told him the story Duncan laughed and scibbled down some notes which I believe were the basis for his well known song ‘Norman is a Knob’.

In the nineties, Bowen, had DNA injections to help him make changes to his nuclear structure and he lived quietly in a Manhattan Zoo screeching out his back catalogue for peanuts and the occasional grape

But sadly all good things must end and we must report Duncan’s demise. He had been unwell for some time, having suffered from Sprout for a while, his extremities going green and flaky with and emitting a damp, musty aroma.

His final performance at Slough’s Municipal Baths was attended by the great, the good and some politicians. Sponsored by the I.M.M. it raised over £100 for the Osborne Home for Tax Avoiders in Mustique. 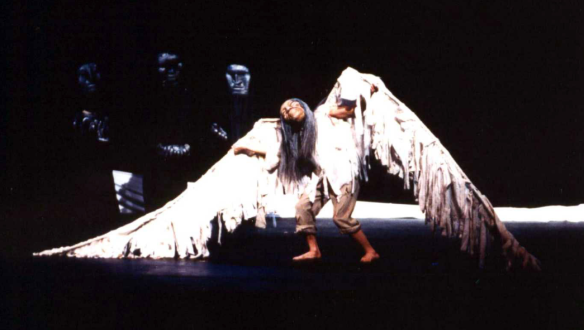 Duncan leaves an unknown number of children, 3 wives (well 4 actually but the others don’t know about that one) plus a back catalogue of immeasurable wealth consisting of finger paintings, recipes for boiled tortoise and several of his unfinished books. Dunc we will miss you.

Note to Ed – Is this ok? Only met the bastard once and he left me the bloody tab..

At last we can consign Paradigm Shifts, Compelling Consumer Propositions, Swim Lanes and all that 20th century mumbo jumbo that enabled us all to bullsh*t our way through two decades of mediocrity, to the dustbin of ridicule.

Now as we start to hand over the reigns of power to a younger generation of hopelessly inadequate, unqualified yet surprisingly confident underlings it is gratifying to see that finally they are beginning to stand on their own two feet*.

Although late in coming,  our new intake of mediocre managers are finally creating a world of impenetrable, meaningless jargon that can be used to convince others of their supposed intellectual superiority.

Steve Tenants  has provided a useful technical text generator for both young and old techno-babbling jedi spawn which may be used to confuse the client/boss. For example:

They’re inside the array, use the optical CD-ROM mainframe to copy their transistor!

Send the auxiliary array into the bandwidth, it will copy the malware by navigating its HDD network!

Use the fibre optic COM monitor, then you can attach the analogue protocol!

In additional to mouthing mindless inanities, youthful would be managers need to display a typical, traditional, one of the herd look so they don’t stand out but blend in with their peers.

For men, add a beard, remove the trouser belt, display pants and walk around permanently clasping a smart phone to a sweaty palm.

For ladies you do not have to grow a beard.  Try carrying a large designer handbag in the crook of your arm, with a Starbucks in one hand and phone in other whilst tottering around on a pair of Jimmy Choos.

Here at the I.M.M. we senior executives of course still prefer to wear bespoke suits and club ties although Barry/Sheila our senior accountant does like handbags and wearing Louboutin shoes at weekends.

*held up by a couple of workers obviously

Note: This blog is now available on Wankr