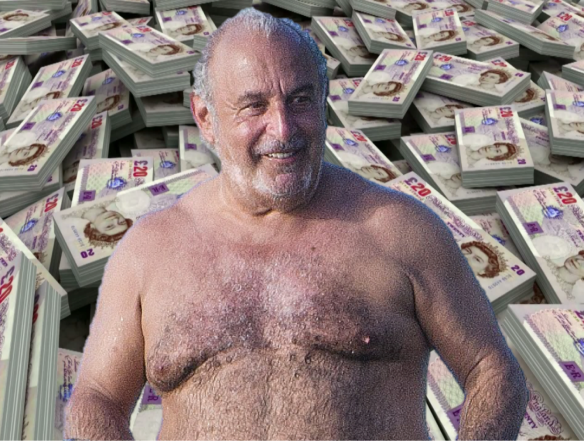 In front of a committee of MPs investigating the complete fiasco that was the BHS sale to a former bankrupt and retail industry ignorant Dominic Chappel,  Philip Green was trapped in a corner, hoisted by his own petard and fighting for what was left of his reputation.

Much like a Bond movie, the MPs slowly and painfully extricated facts with their proverbial pliers whilst trying to strangle him with clear evidence that he was either complicit or  incompetent. His pained cries of “Sir, Sir, with great respect!” echoed around these chambers as he slithered, ducked and dived trying to avoid questions.

This was a masterclass in blame avoidance and these skills are taught in the MCA course ‘How to Be Successful Without Working Too Hard” by Dick Lannister. So if you want to ‘up your game but avoid the blame’ this is a tome worth reading.

So as Green shuffles back to Monaco to enjoy a well earned rest and to count his wife’s money we should pay tribute to the UK’s favourite Corporate Hooligan and hope that if there is a Brexit he doesn’t get deported back here.

Watch this space: Green was so backed into a corner that he has had to say that he will ‘contribute’ to the pension deficit but has cleverly said he has a ‘team of people’ and the regulator working on it. Again his hands will be clean if it goes wrong. The probable date for revealing his contribution is almost certainly June 24th, the day after the referendum.

Despite the pension deficit of £571m, Green and his family collected £586m in dividends, rental payments and interest on loans during their 15-year ownership of the retailer.

BHS holding company, Taveta Investments is owned by Tina Green, who resides in Monaco, so Philip can work in the UK. Protestors claim that the couple avoid paying £285 million in UK personal income tax, that would be payable if a UK resident owned the company.