My dear colleague, Donald Trumpington III, the CEO at International Systems Integrated Software headquartered out of Syria (for tax reasons, I understand) has just re-organised the company in order to prop up Management’s request for an increased bonus this year.

He has kindly offered to share his company’s new organisation chart with us all. 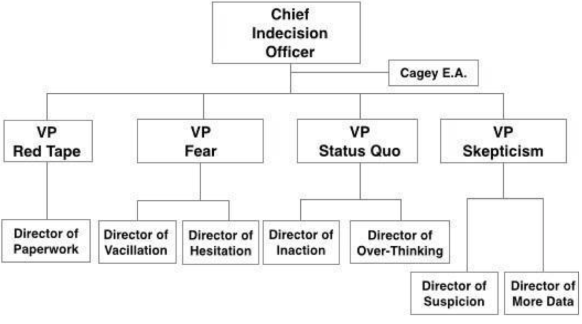 The usual 10% of his minions will get the heave-ho in order to generate sufficient profit, but as its Xmas, they are usually mentally prepared for being cast aside into the howling winds of despair and despondency. To ease their pain, dear Donald has allowed them to come to the first hour of the office party for a soft drink and a mince pie. If they stayed later they would just hoover up the atmosphere for the rest of the team with their long faces and whingeing.

There’s some more good news! I.M.M. members are invited to apply for a new role at I.S.I.S, which reports directly into the VP of Fear, Dotty Beaver, Dotty as you may recall provided us with her festive Roast Kitten recipe last year. 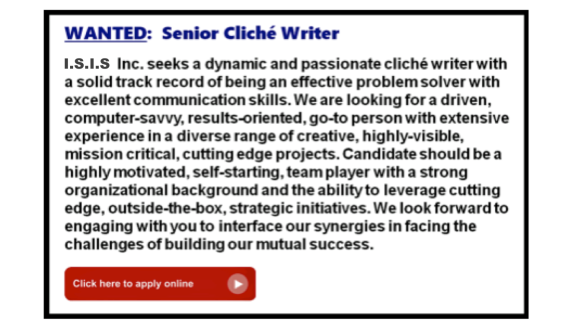 Please attach a C.V., cover letter and send a magnum of Bolly to the Club where applications will be evaluated based on who you know rather than on merit.

Note: I.S.I.S. do actively discriminate on almost every form of deviation from the norm so if you do not; look like, behave like, act like, the typical average, underperforming, middle management muppet, then don’t waste the postage.