In front of a committee of MPs investigating the complete fiasco that was the BHS sale to a former bankrupt and retail industry ignorant Dominic Chappel,  Philip Green was trapped in a corner, hoisted by his own petard and fighting for what was left of his reputation.

Much like a Bond movie, the MPs slowly and painfully extricated facts with their proverbial pliers whilst trying to strangle him with clear evidence that he was either complicit or  incompetent. His pained cries of “Sir, Sir, with great respect!” echoed around these chambers as he slithered, ducked and dived trying to avoid questions.

This was a masterclass in blame avoidance and these skills are taught in the MCA course ‘How to Be Successful Without Working Too Hard” by Dick Lannister. So if you want to ‘up your game but avoid the blame’ this is a tome worth reading.

So as Green shuffles back to Monaco to enjoy a well earned rest and to count his wife’s money we should pay tribute to the UK’s favourite Corporate Hooligan and hope that if there is a Brexit he doesn’t get deported back here.

Watch this space: Green was so backed into a corner that he has had to say that he will ‘contribute’ to the pension deficit but has cleverly said he has a ‘team of people’ and the regulator working on it. Again his hands will be clean if it goes wrong. The probable date for revealing his contribution is almost certainly June 24th, the day after the referendum.

Despite the pension deficit of £571m, Green and his family collected £586m in dividends, rental payments and interest on loans during their 15-year ownership of the retailer.

BHS holding company, Taveta Investments is owned by Tina Green, who resides in Monaco, so Philip can work in the UK. Protestors claim that the couple avoid paying £285 million in UK personal income tax, that would be payable if a UK resident owned the company.

A massive data leak from Panama-based Mossack Fonseca showed the that Prime Minister David Cameron’s late father, Ian Cameron used the company to set up an offshore fund for investors.  Panama is a tax haven, which means they a have a very low or zero rate of income tax and also guarantee the rich a cloak of secrecy they would not receive in their own country. 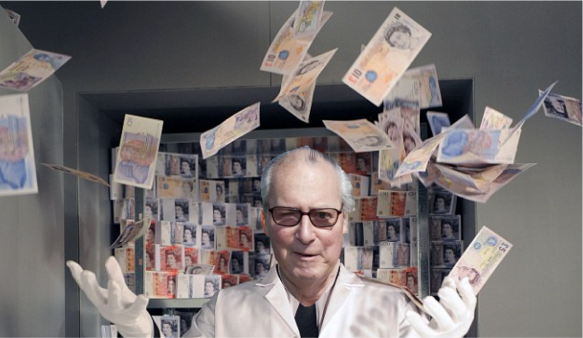 However we would argue that Mr Ian Cameron was perfectly within his rights to avoid paying taxes as he was rich, better spoken than the average man in the street and also very posh –  ‘e was related to King William IV, don’t you know.

For example, although when our dear PM, David ‘Call Me Dave’ Cameron went to University students had no tuition fees, it was still very expensive to go there.

In fact to be a member of Oxford University’s Bullingdon Club the required fancy dress cost £3,000.

“like a lot of most disorderly footmen”. (Brideshead Revisited)

The club has always been noted for its rituals, such as the vandalising of restaurants, complemented by a tradition of on-the-spot payment for damage. Again significant funds are needed for this and one might reasonably argue that these payments to the little people should attract a tax break.

So justifiably, Mr Cameron Senior did not pay taxes on this Panamanian income as he was funding the welfare and education of our Prime Minister rather than throwing money at socialist and liberal-minded governments who waste it on education for the illiterate masses and health care for those who refuse to pay to go private.

The PM of course is not involved in any scheme at all as he loves paying all his taxes . Here’s what Dave said about Jimmy Carr’s tax issues in June 2012:

“I think some of these schemes – and I think particularly of the Jimmy Carr scheme – I have had time to read about and I just think this is completely wrong.

“People work hard, they pay their taxes, they save up to go to one of his shows. They buy the tickets. He is taking the money from those tickets and he, as far as I can see, is putting all of that into some very dodgy tax avoiding schemes.

“That is wrong. There is nothing wrong with people planning their tax affairs to invest in their pension and plan for their retirement – that sort of tax management is fine. But some of these schemes we have seen are quite frankly morally wrong.

“The government is acting by looking at a general anti-avoidance law but we do need to make progress on this. It is not fair on hardworking people who do the right thing and pay their taxes to see these sorts of scams taking place.”

It is estimated that UK tax authorities could be saving our leaders and rulers up to £7.2bn a year from avoidance and evasion.

George Osborne’s family firm and the development deal with an offshore company that could have saved £2 million worth of tax….

George reasonably will not answer any questions about whether or not he has in the past or will in the future, benefit from any offshore income because it’s an impertinent question of a much loved and respected elder statesman whose only aim in life is make sure that the great unwashed support the ruling classes financially and show respect to their elders and betters.

If you are a member of the I.M.M. then you can get free tax advice from our Avoid & Evade Department, The Clink House, 666 Crooked Avenue, Panama.